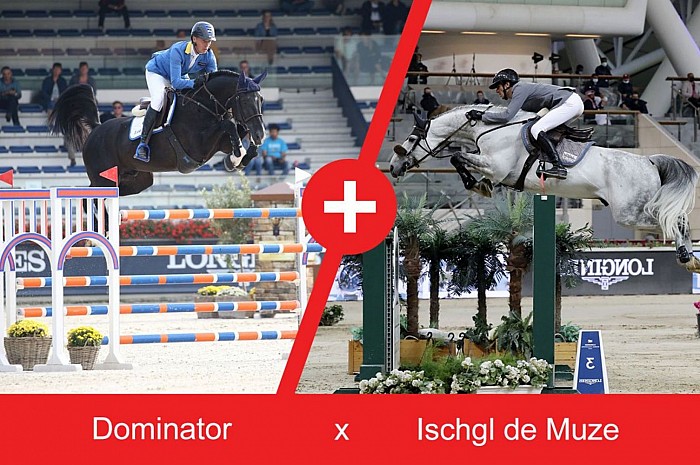 As many as 9 out of 10 broodmares found a new owner through the 'boost your breeding' auction. And similar numbers were seen for implanted embryos. Clearly, at HorseSales.Auction, breeding is still hot!

That upfront interest is high was quite noticeable behind the scenes. The many reports led to Balounotte van de Eijkhof Z (Balou du Rouet) entering the books as the auction topper. This direct daughter of 1m50 mare Linotte de Sohan leaves in foal to Diamant de Semilly for €23,000 to a French showjumping horse breeder.
At €21,000, the 1m40 graded G-Star (Der Senaat) still came close. A French bidder who already has direct offspring of her in breeding had to give way to the Belgian buyer in the end. Also noteworthy was the sale of Cornet Obolensky daughter Corika DW. She was the only non-pregnant mare sold under saddle for €18,500.

For the embryos, it took a long time before the battle broke out. In which the interest from America turned out to be remarkably high this time. In the end, 13% got an American owner, which is remarkable. For no less than €50,000, a Brazilian buyer on the advice of a Belgian show jumper secured the sister of Mumbai van de Moerhoeve and Opium JW van de Moerhoeve. This female embryo was one of the few embryos where a sex determination had been carried out. Which emphatically influenced the price. The Emerald out of Koko Katinka, a direct daughter of Asian Games winner Heroine de Muze, was also well in the market. The embryo moves to a Swiss jumper breeder and fetched €26,000.

A Kashmir out of the direct daughter of Babbe van t Roosakker moves to the low 'Belgian' countries for €17,000. An amount for which both the Darry Lou x Oh la la van t Roosakker, the Conthargos out of Emerald's full sister and Echo van het Spieveld combined with the 1m45-rated Develine van het Ruytershof found new owners in Belgium, France and the Czech Republic, respectively.

Ambitions for 2023 are already on paper. In which we particularly hope to once again be an important link between seller/breeder and buyer. And before that happens, we will close 2022 with our young showjumpers auction from 15 to 18 December.