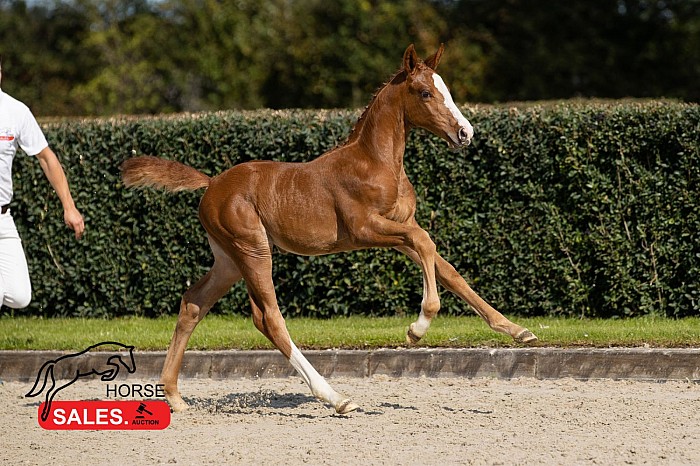 The tirth edition became a great succes for the HorseSales.Auction. In the foal afterseason almost all the lots where sold, with a sales percentage of over 85%. The average price from 15.000 is a new record for the HorseSales.Auction. Topprice was paid by an Irish client for the Olympic embryo from Cumano and Grand Prix mare Valentina van t Heike. Most expensive foals where Think Twice van het Gerendal Z (s. Tangelo vd Zuuthoeve) and Extra RV Z (s. Emerald) who both reached 24.000 euro